Chapter 6: “My Girl” – The Temptations

“But soft!  What light through yonder window breaks?  It is the East and Juliet, the sun.”

2013 started out fairly innocuously.  I continued to do what I always did – do cocaine, drink and party.  I had a serious bash on the 4th of July 2013.

I have never had a problem with the ladies in my life.  I had girlfriends galore.  Hookers came and went.  How I never ended up with STD’s or AIDS is beyond me. 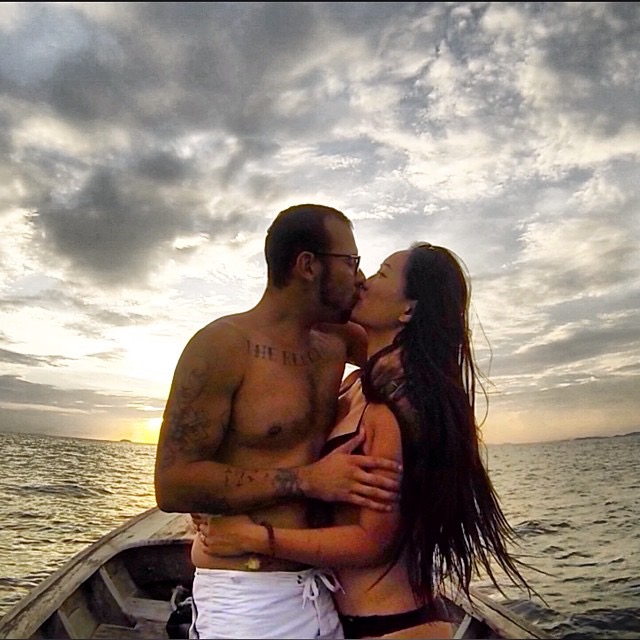 I took her on a vacation to end all vacations.  We went to Asia sometime around the first of October through the first of December.  We hit up Bali and Bangkok.

I did not know it at the time, but within a month of meeting her, she was pregnant.  This did not bother me – I knew I wanted a family with her.

We were in Thailand and bought one of those cheap pregnancy tests.

There were seriously mixed emotions about the baby.  She was young, probably 21, and did not feel ready to be a parent.

She went back to L.A. for an abortion.

Stephanie chose to keep the baby.

Between time with her, worrying about the baby and my habits, my Bitcoin operation was tanking and tanking fast.  I was broke (surprise) again.

We moved in with her father.

Like what normally happens when I have a lady in my life, I got back to working overtime.  I was back in 2007-2008 mode.  I was doing nothing more than hardcore grinding.

It was a vida loca.

Back many years ago, Steve Irwin was on television.  In his interview, he said, “I am going to bring out the wildest animal I have ever held!”

Someone brought out Bindi – his daughter.

Sage was born June 27th, 2014.  Seven pounds and some change of absolute perfection.

Sage showed me something incredible.

Sage showed me a mirror.

In that mirror was an alcoholic.

Stephanie and I had it out many times before over alcohol.  Bad, crazy fights.  Alcohol made me into an asshole.

She was coming apart at the seams.

I was pulling the thread.

Stephanie never left my side.

I made it a full 90 days of clean and sober.

That was my life.  Ultimatum/attempt/success/relapse.

All the way to the end of 2014 when I decided to do something completely out of character for me.  I

Andrew Fashion an entrepreneur from middle school, Andrew had a knack for the business world. He dropped out of high school before age 18 and within a year of doing so, became a multi-millionaire.

This error message is only visible to WordPress admins